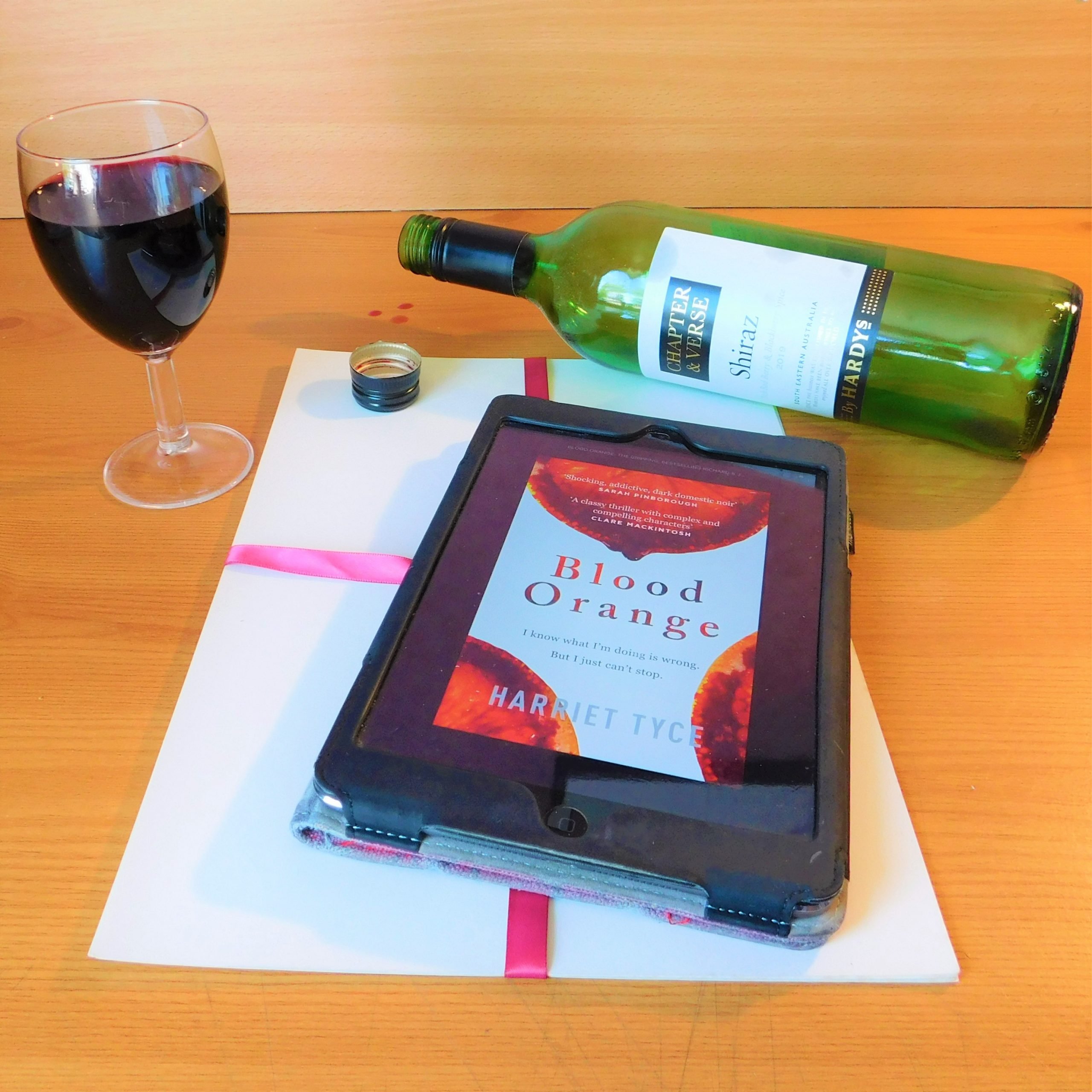 Alison has it all. A doting husband, adorable daughter, and a career on the rise – she’s just been given her first murder case to defend. But all is never as it seems…

Just one more night. Then I’ll end it.

Alison drinks too much. She’s neglecting her family. And she’s having an affair with a colleague whose taste for pushing boundaries may be more than she can handle.

I did it. I killed him. I should be locked up.

Alison’s client doesn’t deny that she stabbed her husband – she wants to plead guilty. And yet something about her story is deeply amiss. Saving this woman may be the first step to Alison saving herself.

I’m watching you. I know what you’re doing.

But someone knows Alison’s secrets. Someone who wants to make her pay for what she’s done, and who won’t stop until she’s lost everything…

I read this book earlier in the year but was reminded of it recently and so I want to share it with you.

I was a bit hesitant about reading Blood Orange because I’m always nervous when books are really hyped up. Do they deserve all the excitement? Are they actually as good as everyone says they are? High expectations often result in a disappointing read, even when the novel is well written. But this book has definitely earned its rave reviews!

Alison is a barrister and has just been given her first murder trial to defend, she is also married and has the sweetest young daughter; it all sounds perfect. The problem is Alison is neglecting her family and spending far too much time at work. Of course, it also doesn’t help that she drinks too much and is having an affair with a colleague. A colleague who just so happens to be the lead solicitor on her murder case.

Alison’s client is adamant that she is guilty of murdering her husband but something about her story seems odd. The client claims to have blacked out before being found with her dead husband and yet is convinced that she killed him – definitely something fishy there! As the details began to unravel though, I became more and more convinced that she was guilty. I was trying to work out the circumstances of the murder the whole time but was definitely not expecting the twist. I think that shows what a terrible criminal investigator I would make!

The twists and surprises were one of my favourite aspects of this novel because, whilst I was suspicious of some characters, I only anticipated one of a whole host of surprises. It ruins the suspense when you can guess the ending within twenty pages but I was on tenterhooks.

I won’t lie to you though; the initial part of the story was a bit slow. The first few chapters set up the characters and the law background in which the story takes place. The pace of the narrative picks up considerably once the trial and the defendant are introduced. I was desperate to find out what was going to happen next, both in the run up to the trial and in Alison’s home life.

There have been quite a few reviews of this novel that talk about how unlikeable every single one of the characters is. I will admit that some of the characters are low on redeeming qualities but let’s be honest, people aren’t perfect. Who wants to read about perfect people anyway? Alison is having an affair, she isn’t there for her daughter as much as she wishes she was and she is regularly drinks more than her recommended weekly units in one night. I admit that the affair doesn’t exactly put her on anyone’s Favourite Person List, but she isn’t an inherently bad person. She really tries, but certain people make it incredibly hard for her (if you’ve read the book then I’m sure you know exactly who I mean). I actually found myself feeling sorry for her at times and I wouldn’t call her entirely unlikeable.

To summarise, once you get past the first couple of chapters, this book is an unputdownable crime thriller full of twists and turns – you should definitely check it out!

You can buy Blood Orange by Harriet Tyce: