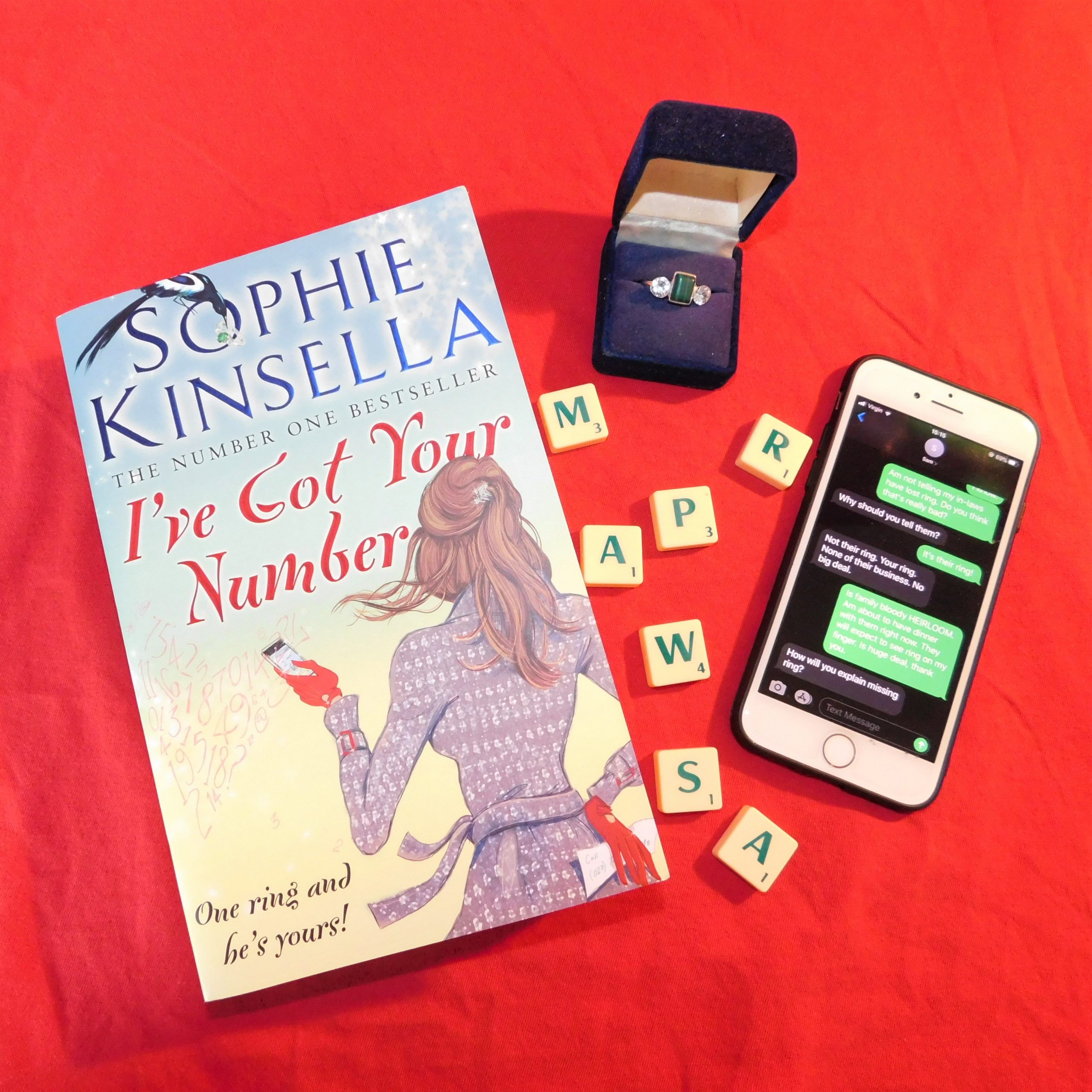 The only thing in the world I wasn’t supposed to lose. My engagement ring. It’s been in Magnus’s family for three generations. And now, the very same day his parents are coming, I’ve lost it. The very same day. Do no hyperventilate, Poppy.

A couple of glasses of bubbly with the girls and Poppy’s life has gone into meltdown. Not only has she lost her engagement ring, but in the panic that followed, she’s lost her phone too. When she spots an abandoned phone in a bin it seems it was meant to be . . . Finders Keepers!

Except the phone’s owner, elusive businessman Sam Roxton, doesn’t agree. He wants his phone back, and doesn’t appreciate Poppy reading all his messages and wading into his personal life. Can things get any more tangled?

I’ve never read anything by Sophie Kinsella before and I am now very confused as to why not. I think I’d always dismissed her novels as trashy romance nonsense – which is odd coming from a girl who loves a love story! Well, this blog post is my way of apologising to Sophie Kinsella and admitting how very wrong I was.

Poppy manages to lose her engagement ring ten days before the wedding. It’s a very expensive engagement ring that has been in the family for three generations and was kept in a bank vault until the proposal. I don’t know about you, but I think I would react similarly to Poppy and completely panic if I lost a ring like that. Add the loss of your phone, the number of which you’ve given to just about every stranger who might have a chance of finding your ring, and the stress levels rise even higher.

When Poppy finds a phone in the bin, she decides that ‘finders keepers’ and gives out her new number to the hotel where she lost the ring. The only problem is, this new phone didn’t belong to the person who binned it. It’s a company phone that belongs to the personal assistant of businessman Sam Roxton. I think you can probably already guess where this leads, I did.

Poppy agrees to forward on to Sam every email that comes to the phone on the condition that she can keep it until her ring is found. She can’t help reading the odd email here and there though, after all, who wouldn’t be curious about the angry emails from his fiancée or the desperate pleas from his dad. Texts are exchanged and slowly, through chasing up missing attachments and cheating at Scrabble, a friendship develops between the pair.

Although elements of this novel were incredibly obvious, it wasn’t without intrigue and plot twists. I was actually really surprised that Kinsella managed to work some surprises into a novel that I expected to be a simple boy meets girl, they fall in love (come on, guys, that really shouldn’t be a spoiler). I’m not going to give away the twists but there is definitely more to this story than you expect.

Another aspect of this novel that I really liked was the use of footnotes. Poppy worries that she isn’t as smart as her academic literature-writing in-laws. They always use footnotes in their works and so, to make herself feel equally as intelligent as them, she uses them  in this book. Admittedly, I wasn’t a fan at first because I thought they would break up and spoil the pace of the narrative. However, the footnotes add lots of fun details to the story and I actually really enjoyed reading them.

Basically, this book is wonderful. It is everything that romantic fiction should be. Okay, that might be a slight exaggeration but you get my point! It’s an enjoyable read, with adorable characters and unexpected twist.

You can buy I’ve Got Your Number by Sophie Kinsella: