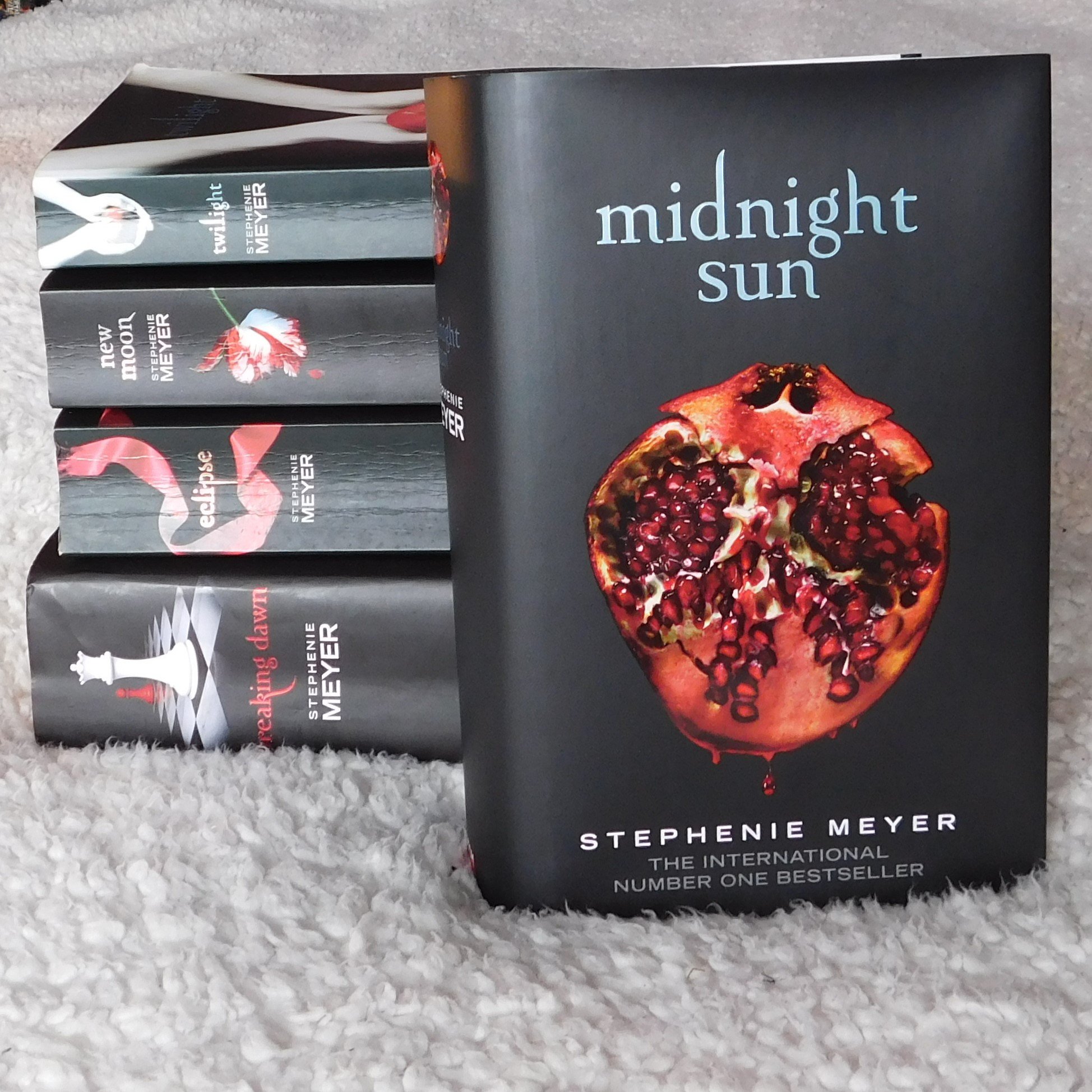 I could see how easy it would be to fall into loving Bella. It would be exactly like falling: effortless. Not letting myself love her was the opposite of falling – it was pulling myself up a cliff face, hand over hand, the task as gruelling as if I had no more than mortal strength.

When Edward Cullen and Bella Swan met in Twilight, an iconic love story was born. But until now, fans have only heard Bella’s side of the story. At last, readers can experience Edward’s version in the long-awaited companion novel Midnight Sun.

This unforgettable tale, as told through Edward’s eyes, takes on a new and decidedly dark twist. Meeting Bella is both the most unnerving and intriguing event he has experienced in all his years as a vampire. As we learn more fascinating details about Edward’s past and the complexity of his inner thoughts, we understand why this is the defining struggle of his life. How can he justify following his heart if it means leading Bella into danger?

In Midnight Sun, Stephenie Meyer transports us back to a world that has captivated millions of readers, and brings us an epic novel about the profound pleasures and devastating consequences of immortal love.

If you ask anyone who knew me in school, they would tell you that I was about as big a Twihard as they come. I was obsessed. I owned almost every possible type of merchandise and it could easily have been my specialist subject on Mastermind. So obviously I was going to read Midnight Sun – there was never any question about it.

I went into this with mixed expectations. I refused to read Life and Death (Meyer’s 2015 gender-swapped version of Twilight) because it felt unnecessary, a way to drag out the series’ previous success. Part of me did wonder if Midnight Sun was going to feel like that. The combination of having read, and loved, the leaked chapters at the time (I know, I know, I still feel guilty about it) and sheer curiosity won out, however, resulting in me pre-ordering the book.

I’ll cut to the chase, I loved this book. Some parts of it are cringey but I’d say that’s part and parcel of revisiting any series you loved as a twelve year old. Edward is a whiny little bitch and he worries and mopes far too much. He’s still Edward Cullen though…

Sections of the story were a bit repetitive to someone who has read and watched Twilight as many times as I have but again, that was no surprise. Obviously, we gain a new perspective on everything but there’s a lot of dialogue identical to that of Twilight. What I wasn’t expecting, and was really glad to see, was the addition of extra details to familiar conversations. When Bella and Edward take it in turn firing question after question at each other, we uncover new things about these well-known characters. We see Bella through Edward’s eyes, learning why he fell in love with a human that many describe as annoying and two-dimensional.

The Cullen family also play a larger role in this book. The Cullen’s individual personalities shine more in this book than in previous installments. We see them in an unfiltered light, unmarred by Edward’s constant need to shield Bella from the truth. If Meyer ever decides to write about the Cullen family, I will be pre-ordering that too.

Midnight Sun is a lot longer than Twilight. Whilst Meyer’s debut novel was only 434 pages long, Midnight Sun comes in at a Breaking-Dawn-comparable length of 756. Unsurprising given that Edward has analysed every detail in the time it takes Bella to compose one thought.

So yes, in many ways Midnight Sun is the whiny inner ramblings of a hundred-year-old angsty teenager. For the Twihards amongst you, however, it’s a way to justify revisiting the story that gripped our tween hearts. This book had me giggling and falling in love with the series all over again. Now, don’t mind me, I’m just off to re-read the whole series and dig out my Team Edward shirt!

You can buy Midnight Sun by Stephenie Meyer: