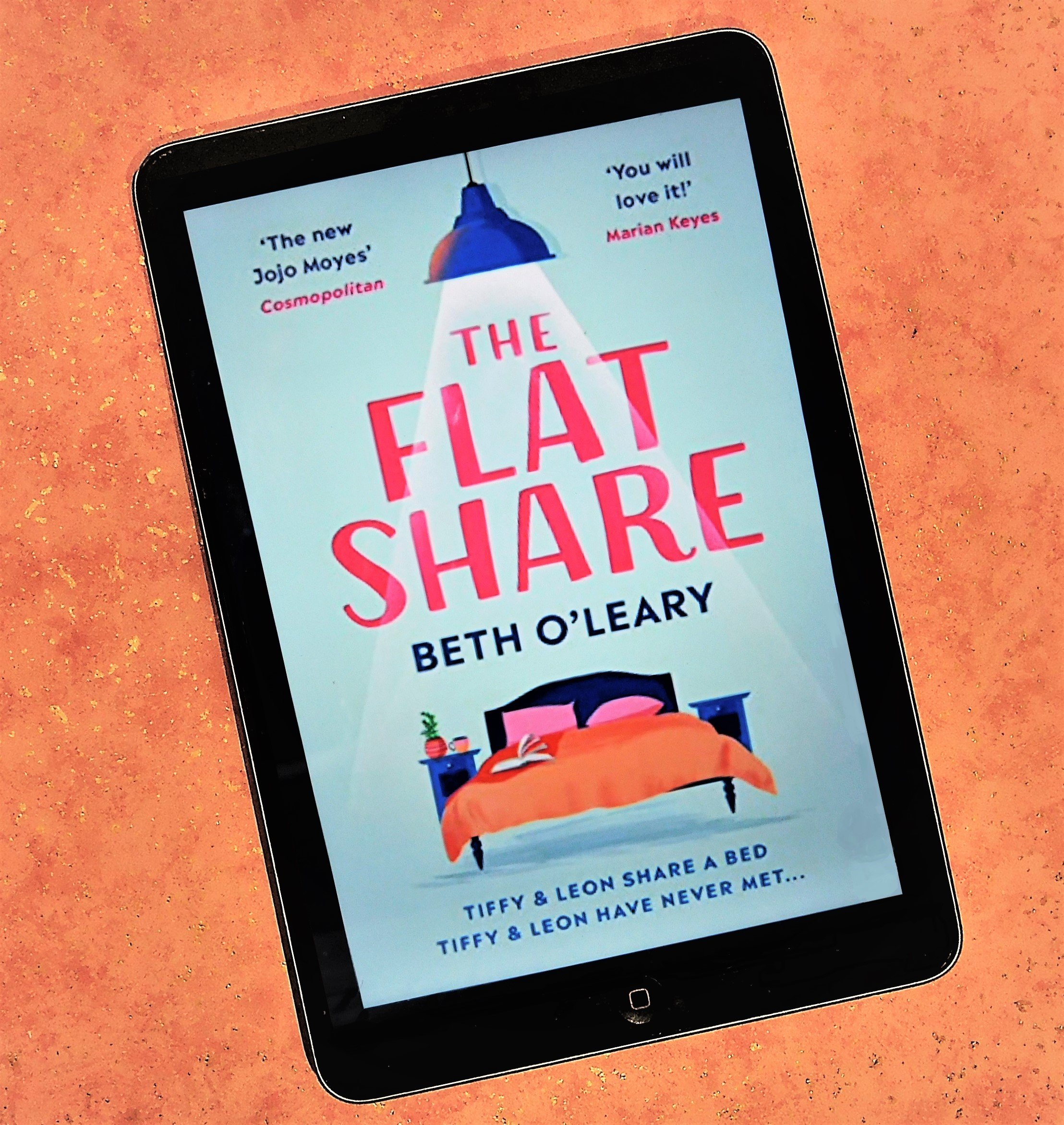 Tiffy Moore needs a cheap flat, and fast. Leon Twomey works nights and needs cash. Their friends think they’re crazy, but it’s the perfect solution: Leon occupies the one-bed flat while Tiffy’s at work in the day, and she has the run of the place the rest of the time.

But with obsessive ex-boyfriends, demanding clients at work, wrongly imprisoned brothers and, of course, the fact that they still haven’t met yet, they’re about to discover that if you want the perfect home you need to throw the rulebook out the window…

I know what you’re thinking: in what world is that kind of flatshare a good idea? I’ll be honest it’s not a possibility that I’ve really considered in my own flat hunting. To be honest, it’s probably not something that I’m going to start considering either. It does make for a great book though!

When Tiffy’s ex-boyfriend asks her to move out of their shared flat, she’s a bit lost for options. Considering her low salary and job in central London, there aren’t many cheap options. Tiffy’s friends, the supportive Mo and the tells-it-like-it-is Gerty, aren’t convinced by the idea. Determined to believe the best in people, though, Tiffy convinces them that it will all be fine. Leon’s girlfriend isn’t wild about the arrangement either and insists on handling everything so that the flatmates never meet. In her opinion, it’s less weird that way but I’m not sure I agree! Thanks to an endless trail of post-it notes and the sharing of leftovers and baking, Tiffy and Leon develop an odd sort of friendship.

This book is honestly such a fun, feelgood read. That’s not to say that it doesn’t have its fair share of heartache, ups and downs and generally shit circumstances. Despite the obsessive, abusive exes and imprisoned brothers, however, it is a truly heart-warming tale with comedy aplenty. The Flatshare had me in stitches but it also had me smiling in the way you do whilst watching your best friend fall in love.

I really like the way this book is written. The chapters flip between Tiffy and Leon’s perspectives, giving a full picture of everything happening in these unlikely flatmates’ lives. I feel like this is a fairly common thing to do with multiple protagonists but Beth O’Leary adds another dimension. She writes Tiffy and Leon’s chapters in a style that reflects their personality, also mirroring the way they write their notes. For example, Tiffy’s chapters go into detail about things, describe her feelings and overanalyse everything. It’s very similar to the way that Tiffy thinks and writes excessively long notes. Leon’s chapters, on the other hand, are almost in note form. The sentences don’t always include pronouns, he gets straight to the point and only mentions the most important details. As the story progresses, however, his chapters become more detailed, they open up, just like Leon does.

If you’re looking for a good romance to take you on a roller coaster of emotions, to make you laugh, cry and to warm your heart then The Flatshare is for you. I can’t share a lot of my favourite quotes from this book with you because of spoilers, so I’ll end with Tiffy’s take on life. It’s such a Tiffyesque simile and is, in my opinion, a good reminder to be grateful for the simple things:

Life is often simple, but you don’t notice how simple it was until it gets incredibly complicated, like you never feel grateful for being well until you’re ill, or how you never appreciate your tights drawer until you rip a pair and have no spares.

You can buy The Flatshare by Beth O’Leary: