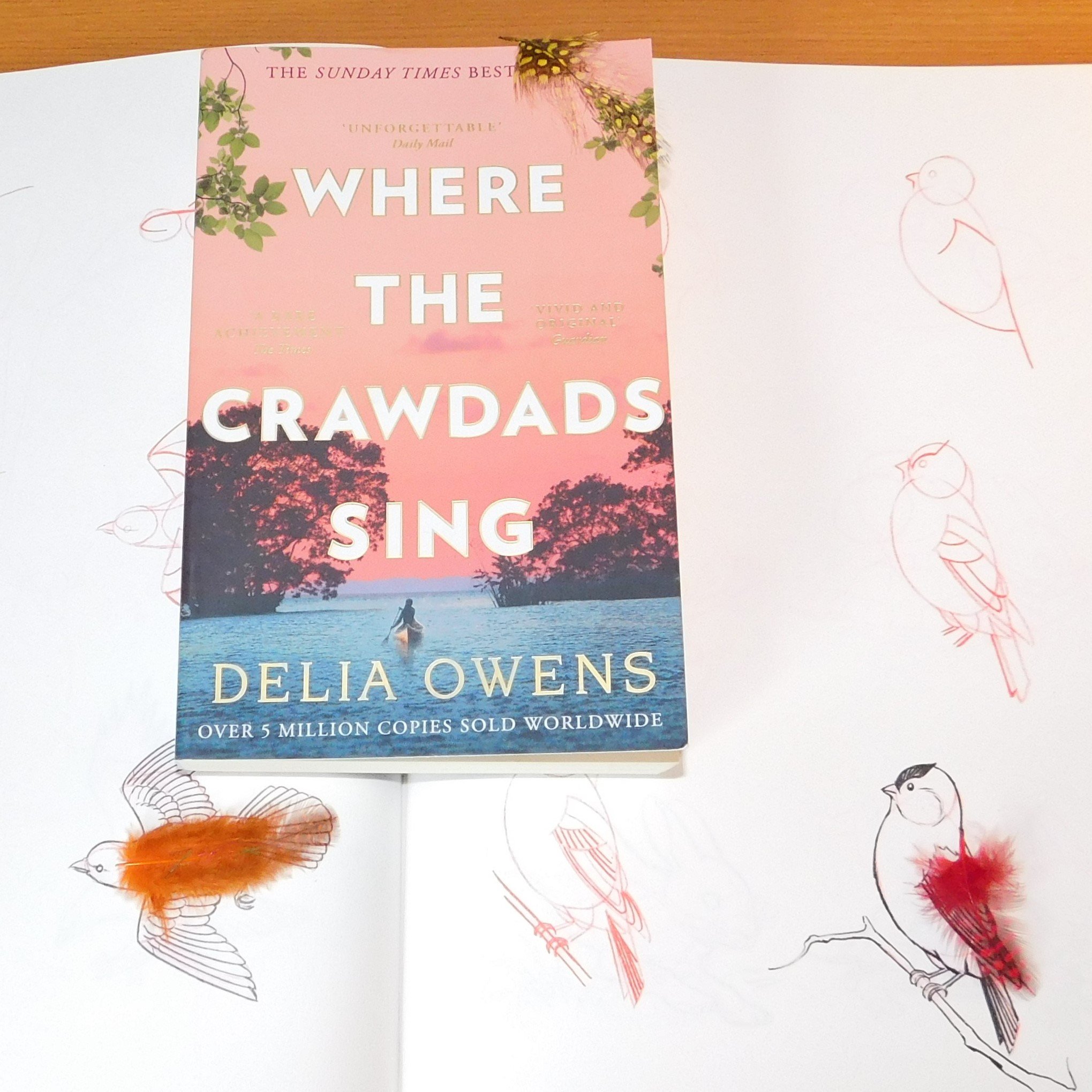 rumours of the ‘Marsh Girl’ have haunted Barkley Cove, a quiet town on the North Carolina coast. So in late 1969, when handsome Chase Andrews is found dead, the locals immediately suspect Kya Clark, the so-called Marsh Girl. But Kya is not what they say. Sensitive and intelligent, she has survived for years alone in the marsh that she calls home, finding friends in the gulls and lessons in the sand. Then the time comes when she yearns to be loved. When two young men from town become intrigued by her wild beauty, Kya opens herself to a new life – until the unthinkable happens.

Growing up, Kya doesn’t have many friends, apart from the gulls. The townsfolk of Barkley Cove look down on her, view her with suspicion and disgust. She manages to survive alone in the marsh but has little trust for the people who have shunned her; trust issues that are only exacerbated by people’s constant tendency to abandon her.

The prologue of Where the Crawdads Sing introduces the marsh where Chase Andrews is found dead in 1969. Then, the first chapter goes back to 1952 where we meet Kya Clark, a young girl growing up in a small cabin in the marsh. The narrative skips between two different time periods. One detailing the investigation into Chase’s death, the other spanning the years between 1952 and 1969 as Kya grows up.

The narrative has the perfect amount of detail about the marsh, the creatures who live there and the sea beyond. You finish the book having learnt a little about both biology and geography. Every aspect of detail is just poetic and just descriptive enough that it sounds beautiful and never feels educational.

The story is both a murder mystery and a coming of age narrative, the two genres almost categorise the novel’s two time periods. They complement each other wonderfully though. The mystery reels you in, but it’s Kya’s story that catches you. Then, even without a specifically sad ending, I found myself shedding a tear as the novel came to a close. I think it was the sum of the story that had been told and the life that Kya had lived, what she had endured and the way in which she handled it all; it is a truly moving tale.

Where the Crawdads Sing is a beautiful book, inside and out. I don’t have a single bad word to say about it but I also can’t express just how it is. Go buy yourself a copy and thank me later.

You can buy Where the Crawdads Sing by Delia Owens: